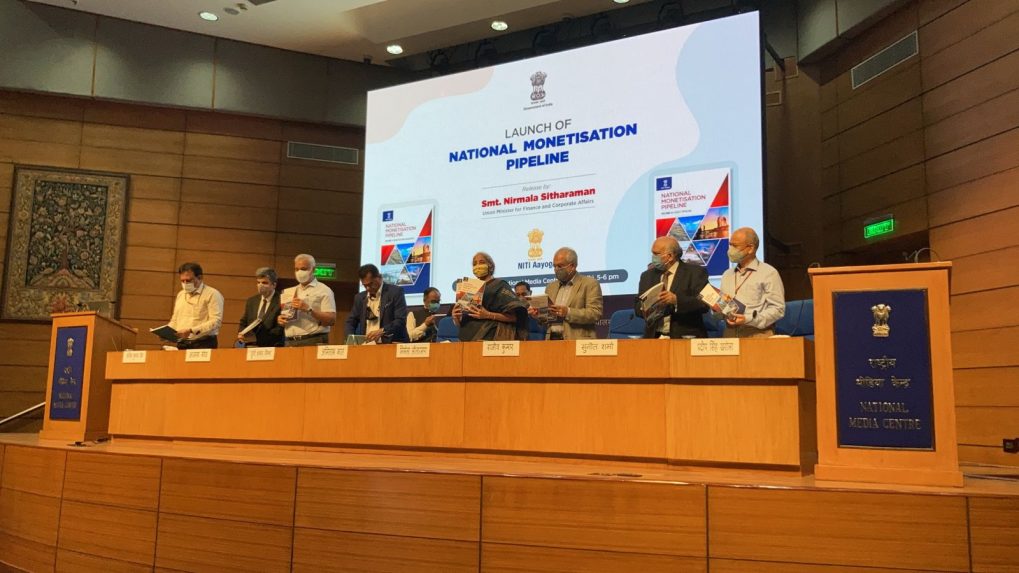 As many as 25 Airports Authority of India (AAI) airports, including ones at Chennai, Bhopal, Varanasi and Vadodara, as well as 40 railway stations, 15 railway stadiums and an unidentified number of railway colonies have been identified for getting private investments.

Under the plan, private companies can invest in projects for a fixed return using the InvIT route as well as operate and develop the assets for a certain period before transferring it back to the government agency. Some assets such as warehouses and stadiums can also be given on a long-term lease for operations.

“The asset monetisation pipeline takes the NIP (National Infrastructure Pipeline) to the next phase where you are looking at public-private partnership,” Sitharaman told a press conference.

The total indicative value of NMP for core assets of the central government has been estimated at Rs 6 lakh crore over the four-year period FY22 to FY25.

This pipeline of assets has been phased out over a four-year period starting FY 2022 up till FY 2025, she said.

“The infrastructure NMP is talking about brownfield assets which need to be better monetised. The ownership of those assets remain with the government and there will be a mandatory hand-back after a certain time,” she said.

“So let there not be any confusion, ‘oh this government is selling away’. No. These are brownfield assets which will still be under government ownership,” the minister added.

More than half of the monetisation plan is from the roads and railways sector.

The biggest chunk of Rs 1.6 lakh crore will come from monetising 26,700-km of existing operation national highways and new roads. NHAI will take the InvIT (Infrastructure Investment Trust) route for monetising some of these assets.

As many as 400 railway stations, 90 passenger trains, 741-km Konkan Railways and 15 railway stadiums and colonies are planned to be monetised for an estimated Rs 1.2 lakh crore.

Monetising 28,608 circuit kilometres of power transmission lines is estimated to generate Rs 45,200 crore and another Rs 39,832 crore will come from 6 GW of power generation assets.

The telecom sector will give Rs 35,100 crore from monetising 2.86 lakh km of BharatNet fiber and 14,917 signal towers of BSNL and MTNL.

Close to Rs 29,000 crore each is estimated from monetising warehouses and coal mines.

Airport monetisation will fetch Rs 20,782 crore and ports another Rs 12,828 crore. Monetising two national stadiums, including the Jawaharlal Nehru Stadium in New Delhi, and an equal number of regional centres (at Bengaluru and Zirakpur) is estimated to yield Rs 11,450 crore.

Redevelopment of seven residential colonies in Delhi, including ones at Sarojini Nagar and Nauroji Nagaras well as development of residential/ commercial units on 240 acres of land in Ghitorni in Delhi has also been identified to garner Rs 15,000 crore.