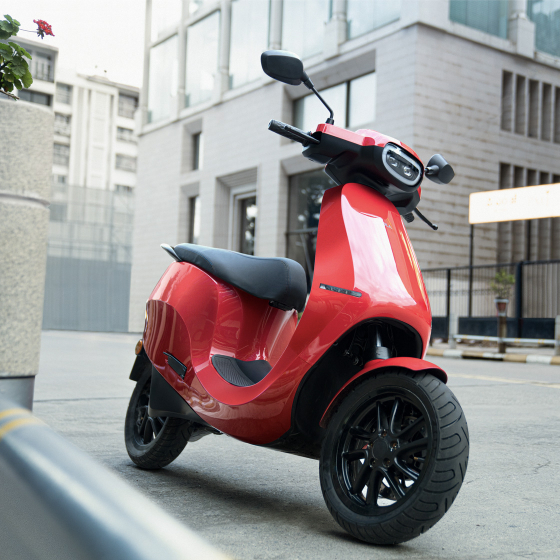 Chandigarh: Having already created ripples in the market, the much-hyped electric scooter from Ola Electric will be launched on August 15. The timing could not be more apt as petrol prices are at an all-time high. This makes electric alternative more appealing as the Centre has increased the demand incentive for electric two-wheelers to Rs 15,000 per KWh from Rs 10,000 earlier.

It will compete with the likes of electric scooters offered by other players such as Ather Energy, Bajaj Auto, TVS and the Simple One which will launched on the same day.

The price and driving range are expected to be disclosed on the launch day. The bookings crossed 1 lakh in the first 24 hours when the company opened pre-booking for it on July 15. It charged a token amount of Rs 499 for the booking.

It is yet to be seen if these numbers would be sustained on actual sales, but the bookings show that the people have evinced great interest in the product.

The percentage sale of electric to non-electric vehicles over the past three years has been around 1%. Currently, the Indian mobility landscape has been dominated by two-wheelers, which constitute nearly 80% to vehicle sales. Further, scooters account for 6.5 million units in the 21 million units per annum two- wheeler market.

Ola founder and CEO Bhavish Aggarwal had recently said it would be class-leading in speed, range, boot space, technology and would be priced aggressively to make it widely accessible.

The company had announced Rs 2,400-crore investment last year for setting up its first electric scooter factory in Tamil Nadu with a capacity to manufacture 10 million units per annum.