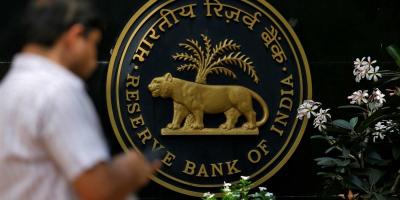 New Delhi: Nursing an economy recovering after deadly second coronavirus wave, the Reserve Bank of India (RBI) is expected to leave interest rates at record lows for a seventh straight meeting on Friday, and the markets will focus on what it says about normalising liquidity.

To help the economy through the hard times caused by the pandemic, the RBI has maintained excess rupee liquidity in the banking system with the daily surplus currently exceeding 6 trillion rupees ($80.78 billion).

While most analysts reckon the RBI won’t raise interest rates till next year, some expect the RBI to offer some clues as to when it will start reducing liquidity in a commentary that is released after the monetary policy committee (MPC) meeting.

All 61 economists polled by Reuters said they see no change in the repo rate which has been steady at 4 per cent since May last year.

But the consensus expected the RBI to make two 25 basis point increases next fiscal year, taking the repo rate to 4.50 per cent by end-March 2023.

Economists said with inflation likely to come off the recent highs above 6 per cent, RBI will continue to focus on growth and maintain its accommodative monetary policy stance.

“We have already seen early signs of improvement in economic activity following the easing of some restriction measures post the peaking of the second wave. However, these green shoots are still patchy at this stage,” said Kunal Kundu, an economist with Societe Generale.

“With recovery not on autopilot and a looming third wave of infection, growth needs to be carefully nurtured,” he added.

Opinions are split on when the RBI will start withdrawing the massive rupee liquidity from the banking system which is widely seen as the first step in its policy normalisation process.

Societe Generale expects RBI to hint at normalisation on Friday given the worries on the inflation front but Barclays said it was too early to send that signal.

Barclays expects that RBI to raise interest rates and unwind the extraordinary liquidity support “reasonably quickly” once it is confident that the economy’s revival is firmly underway.

“The downside risks to the recovery and outlook for inflation suggest to us that policy will remain very accommodative for several more meetings,” said Shilan Shah, senior India economist at Capital Economics.

Mr Shah expects normalisation to be gradual after RBI Governor Das told a local newspaper last month that a sudden change to monetary policy approach can have serious consequences for the economic recovery.

Traders however are betting the RBI may hint at delaying policy normalisation due to the threat of a third wave and uncertainty over when the US Federal Reserve will begin to taper its bond buying.

Any revision to RBI’s projections on growth and inflation will also be closely watched.