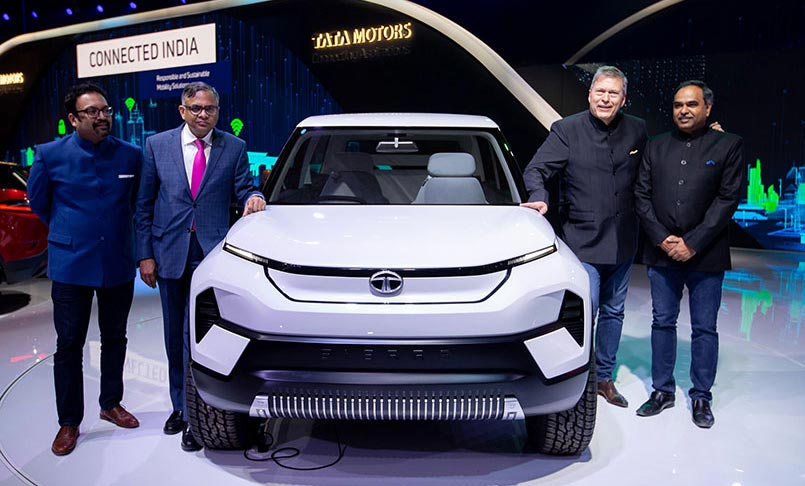 The company will also look to raise capital separately for its electric vehicles (EV) business at an appropriate time. It is looking to have 25 per cent of its sales coming from EVs in the medium to long term, up from 2 per cent at present, he said while addressing the company’s virtual AGM.

He further said, “We already have produced seven such vehicles but we have orders for 15 vehicles but it is all in the trial stage and we need to have a long term plan. We are working on it.”

On EVs, Chandrasekaran said Tata Motors has “a very ambitious goal” and is eyeing “at least 25 per cent” of sales coming from the segment in the medium to long term, up from over 2 per cent currently.

“We will be launching at least 10 models before 2025. So, we have aggressive growth plans and towards that we will also do a capital raise for the EV segment alone at the appropriate time,” he said, adding the company will also very soon launch an EV platform for the last mile commercial vehicles segment.

Also, Tata Motors is working on “affordable EVs” and the company’s Tigor EV will come with a higher range.

Responding to a query on Tata Motors’ plans for EV components business, he said,”We are studying and that will have opportunities. In fact, we are also looking at setting up a separate battery (business) outside of Tata Motors.”

Commenting on the semiconductor shortage issue, Chandrasekaran said the company is looking at alternative sources and is making progress.

“In fact, some of the reasons why we are able to sell the cars at this stage and produce the EVs is primarily because of that. On JLR, we are looking at a number of options, including working directly with semiconductor manufacturers. Those discussions are on and the particular contracts with them are all being negotiated,” he said.

To a question on why Marc Llistosella did not join as CEO and managing director of Tata Motors after his appointment was announced, Chandrasekaran said he “did not join for personal reasons as he was not able to relocate to India.”

In February this year, Llistosella’s appointment as CEO and managing director of Tata Motors with effect from July 1 was announced but a month later, the company said he would not be taking up the position. He was the former president and CEO of Fuso Truck and Bus Corporation and head of Daimler Trucks in Asia.

To a query on the vehicle scrappage policy announced by the government and the company’s plans, Chandrasekaran said, “We are studying on how to respond to this in terms of operations and what do we do.”

Asked if Tata Motors would sell non-core assets, he replied in the affirmative but did not elaborate.