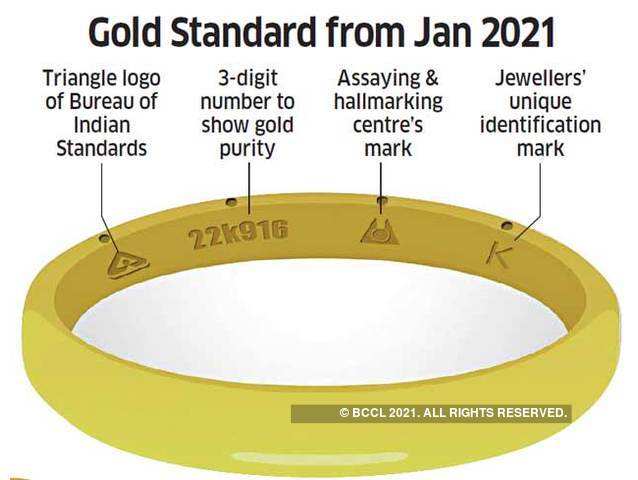 New Delhi : Asserting that the mandatory hallmarking of gold jewellery in 50 days of its first phase of implementation has been a “grand success”, the government on Saturday urged jewellery body GJC to reconsider its decision to go on strike on August 23.

The All India Gem and Jewellery Domestic Council (GJC) has called a nationwide ‘token strike’ on August 23, against the government’s arbitrary implementation of mandatory hallmarking of gold jewellery with HUID (hallmark unique identification number).

Mandatory gold hallmarking has come into force from June 16 in a phased manner. The government has identified 256 districts from 28 states and union territories for the phase-1 implementation.

Gold hallmarking, a purity certification of the precious metal, was voluntary in nature prior to June 16.

“I heard that some associations have given a call for strike. Strike for what? … The government is listening to every issue raised by stakeholders. The idea of strike is uncalled for,” the Bureau of Indian Standards (BIS) Director General Pramod Kumar Tiwari said in a virtual press conference.

In a recent meeting held on August 19 with industry stakeholders, Tiwari said many jewellers’ associations had opposed the strike and said they support the new HUID system as it has become a brand name for small and medium jewellers in the country.

“If some people (jewellers) have problems, there is no basis for that. Those who are thinking about strike, I want to appeal to them that they will not get a more sensitive and responsive government than the current one,” he said.

Tiwari asked the jewellery body GJC to reconsider its decision and take back the call for strike.

“We will regularly have dialogue with you. HUID is in the interest of the country and consumers. This is a big initiative,” he said, adding that the government is always ready to address the concerns of jewellers.

Sharing the progress made during the implementation of the first phase of mandatory gold hallmarking, Tiwari said, “It’s a grand success. We could not have imagined a better outcome. In 50 days of implementation, more than 1 crore jewellery pieces have been hallmarked.

He also ruled out extending the implementation of this new initiative.

“The country does not have the stomach for hallmarking more than 10 crore pieces a year. At this rate, we will be able to hallmark all jewellery. There is no question of extension. What is the need for that?” he said.

The number of jewellers registered for gold hallmarking has increased to 91,603 now, from 35,000 jewellers when the mandatory hallmarking came into force, he said.

Allaying fears that delay in gold hallmarking will impact jewellers’ business during festival and marriage season, the BIS Chief said, “When a new system is implemented, initially one faces problems. And those are resolved gradually.”

Tiwari further said the World Gold Council and other similar associations have estimated that the requirement of hallmarking is for only 10-12 crore jewellery pieces in a year even if mandatory hallmarking is implemented across the country.

“When we are hallmarking at this pace, we should be able to hallmark more than 1 crore jewellery pieces in a year. We have the capacity and pace to meet the country’s requirements,” he said.

On apprehension of some jewellers about lack of capacity of assaying centres, he said, “One hallmarking centre in a shift of 8 hours can hallmark 500 pieces. There are about 860. About 161 out of 860 assaying centers have got more than 500 jewellery pieces per day. A lot of capacity is underutilised.”

The concerns raised about capacity and pace of hallmarking are not based on facts, he noted.

Tiwari said that the government has addressed every genuine concern of the jewellers. Even small jewellers’ demand to hallmark a mix of jewellery items having the same purity has been accepted. “A notification in this regard will be issued soon,” he said.