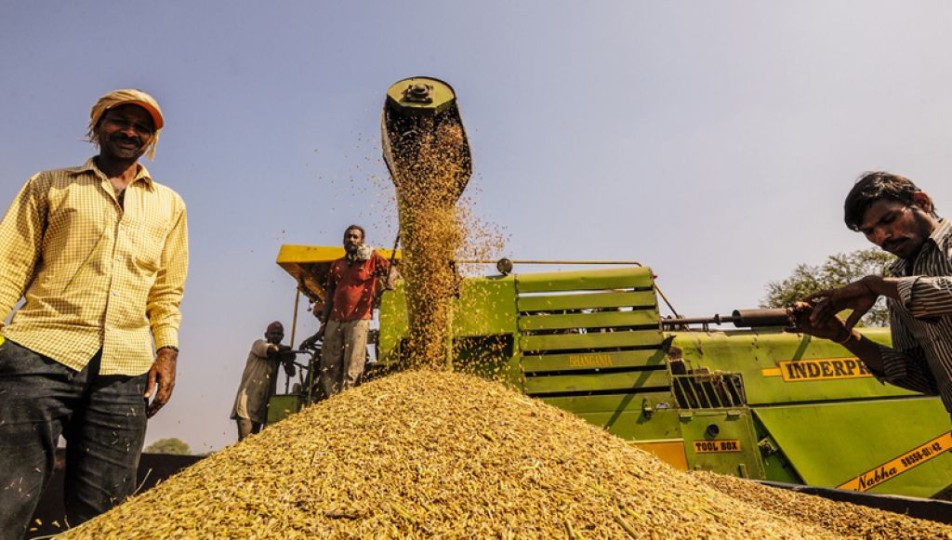 New Delhi: Prime Minister Narendra Modi on Monday transferred about Rs 19,500 crore to over 9.75 crore beneficiary farmers under the flagship scheme PM-KISAN and said the government is taking several steps to double the income of the farming community.

The scheme was announced by the government in February 2019 in the Budget. The first installment was released for December 2018-March 2019 period. The fund is transferred directly to the bank accounts of the beneficiaries.

On Monday, the prime minister virtually released the ninth installment for the beneficiaries. With this, the government has so far transferred around Rs 1.57 lakh crore to farmer families.

Addressing the virtual event, Modi said the government has transferred over Rs 19,500 crore directly to nearly 10 crore farmers and this amount will be useful for them.

“Nearly Rs 1.6 lakh crore have been transferred so far under PM-KISAN scheme, of which around Rs 1 lakh crore has been released during the pandemic,” he added.

Out of this, Rs 1 lakh crore was transferred to small farmers during the pandemic, he said.

This amount will be useful for small farmers at a time when the sowing of kharif crops is at its peak in the current monsoon season, he added.

Asserting that the government is committed to providing all resources to farmers to boost their income, Modi highlighted the benefits being reaped by farmers taking advantage of several schemes including Rs 1 lakh crore agri-infra fund that completed one year on Monday.

Modi said farmers are benefitting from the Honey Bee Mission, which has led to huge export of honey resulting in extra income for farmers.

For the benefit of saffron growers, he said the government has decided to sell saffron produced in Jammu and Kashmir through retail stores of cooperative firm Nafed.

Referring to the upcoming 75th Independence Day, he said apart from being an occasion of pride, it is also an opportunity for new resolutions.

“We have to take this opportunity to decide where we want to see India in the coming 25 years. …Our agriculture and our farmers have a big role in determining the condition of India in 2047, when the country completes 100 years of independence,” he said.

It is time to give direction to India’s agriculture to face new challenges and take advantage of new opportunities, he said, and called for changes in the Indian agriculture according to the demands of changing times.

Observing that there have been many changes during the COVID-19 pandemic, he said there has been change in eating habits which resulted in rise in demand for coarse cereals, fruits, vegetables, spices and organic products.

He hoped that farmers would respond to the changes.

Applauding farmers for achieving record foodgrains production (in 2020-21) despite the pandemic, Modi said the government made all efforts to provide all agri-inputs and access to markets to farmers, thereby reducing the hardships of farmers during the difficult period.

Urea was available throughout and it was ensured that prices of Di-ammonium phosphate (DAP) do not rise despite a surge in global prices, he said.

That apart, the government made a record procurement of paddy worth Rs 1.7 lakh crore and wheat valuing Rs 85,000 crore and these amounts have been transferred directly to farmers’ bank accounts.

“Our foodgrains stock has increased”.

Asserting that self-sufficiency in just wheat, rice and sugar production is not enough, Modi said there is a need to become self-reliant in edible oils too.

He said farmers can replicate what has been achieved in pulses production, which rose by 50 per cent in the last six years.

“The kind of work we did in pulses, and even in the past in wheat and paddy, we need to make same efforts to boost the domestic production of edible oils,” he said, adding that aggressive effort is need of the hour to become self-reliant in edible oils.

With an aim to become self-reliant in edible oils, the prime minister announced a national mission to boost production of oilseeds and promote palm farming.

He also pointed out that for the first time, India has reached among the top-10 countries in the world in terms of agricultural exports. “Today, when India is becoming recognized as a big agricultural exporting country, it is not right to stay dependent on imports for our needs of edible oil.”

During the event, Modi also interacted with many beneficiaries of the government’s schemes including PM-KISAN and Rs 1 lakh crore agriculture infrastructure fund.

Earlier, Agriculture Minister Narendra Singh Tomar expressed concern over shortage of edible oils and pulses and said the government is focusing on boosting the domestic production so that the country’s dependence on imports is curtailed.